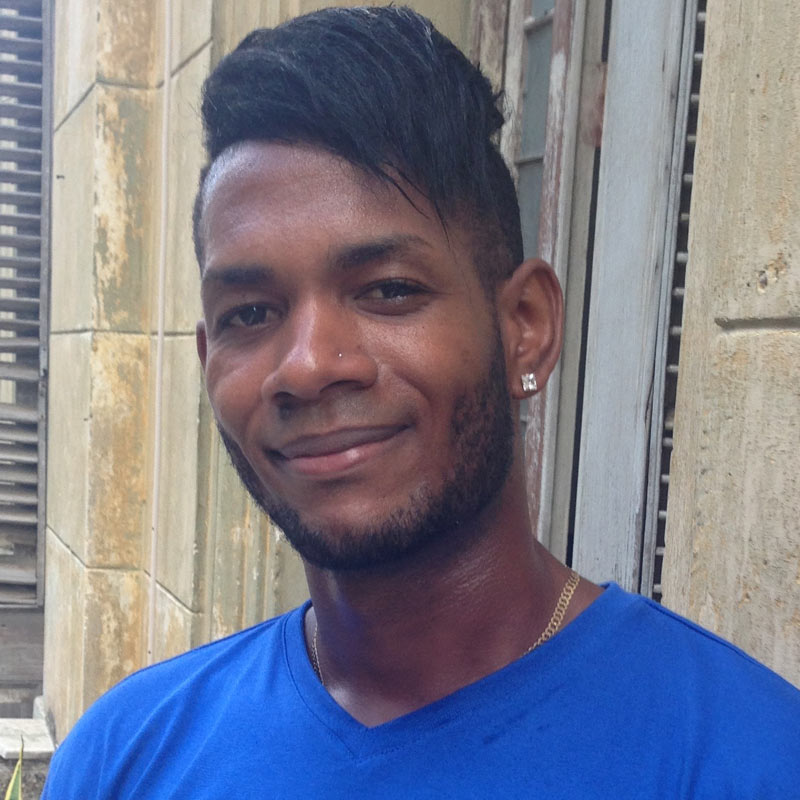 Erick was born in Havana and grew up with dancing at a very young age. At the age of 15, he began to create dances for girls and their 15th birthday celebration. He also participated in competitions on the television (Bailar Casino) and with his group he reached the fourth place of all groups from all over Cuba. Afterwards, his life as a dancer began in several show groups such as Theater America, the Fausto Alvarez Theater, New Pines with Andres Gutierre in Raíces Profundas with Juan de Dios. He then began as a teacher of Cuban dances at the Casa de Tango for three years until he received a profound education as a teacher at the Marysuri school, where he also worked as a teacher for three years. Since September 2015 he is now teacher with Baila Habana.
Erick has a lot of energy and you can feel immediately how much he loves dancing and teaching.