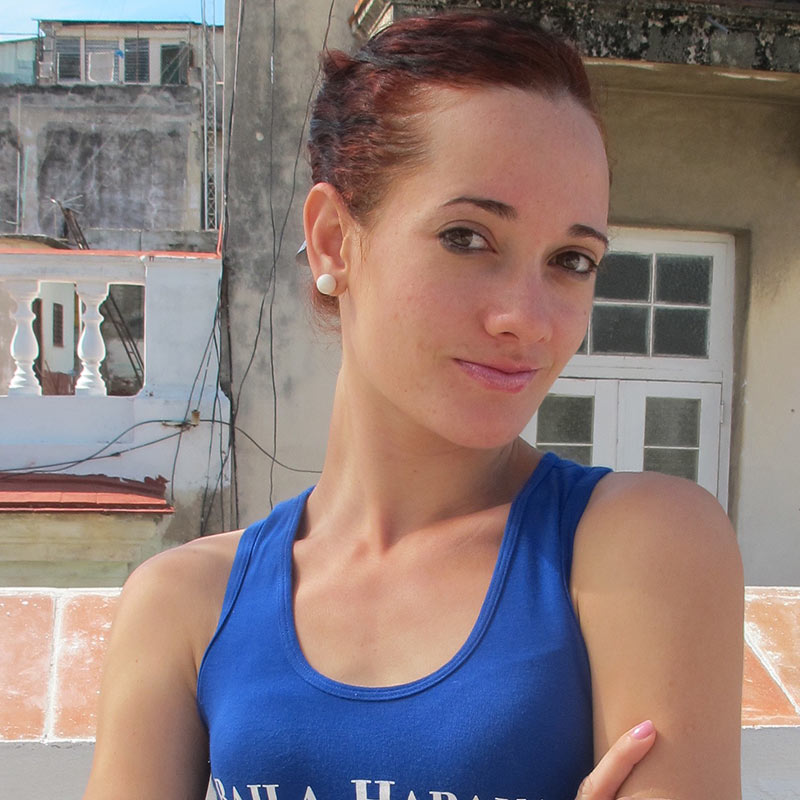 Claudia completed her studies (2011/2015) at the Academy of Arts (ISA) in July 2015 and received the title "Gold" in dance, contemporary dance and other awards for her outstanding achievement in the studies. She is also graduated of the "Bachelor of Arts danzario" in cuban folklore and modern Cubanas Dances.
In 2015 she was in Turkey for six months with the company Rakatán.
She speaks very good English and also level B 1 French. Since 2014 she is a teacher with Baila Habana.